Design Laser Play collaborating with MCQN Ltd responded to an open call asking for artists and creatives to produce a new interactive installation to transform the 12m high Williamson Square Christmas Tree in Liverpool city centre that was to be installed between 30 November 2017 – 2 January 2018.

Our application was successful and would be a new unique concept called Play the Tree. This consisted of 37 specially designed geometric multi-coloured LED illuminations that were to be suspended from the 12m high Christmas tree and were to be controlled by the public through specially constructed touch sensors placed around the base of the tree.

The LED illuminations were designed to be weather and windproof and were programmed to be responsive to the physical interactions of the public. This allowed the public to animate the tree illuminations via six independent sensing consoles located around the base of the tree. Using their hands to tap or press onto one or more of the six sensors, the public were able to control and play with the lights. Creating swipes, altering the sequences, speed, colour, or light direction of the 37 LED illuminations.

We also placed trackers in the sensors to document the usage of Play the Tree; the tree was played over 42,000 times, with one of the busier days it was played just short of 4000 times. 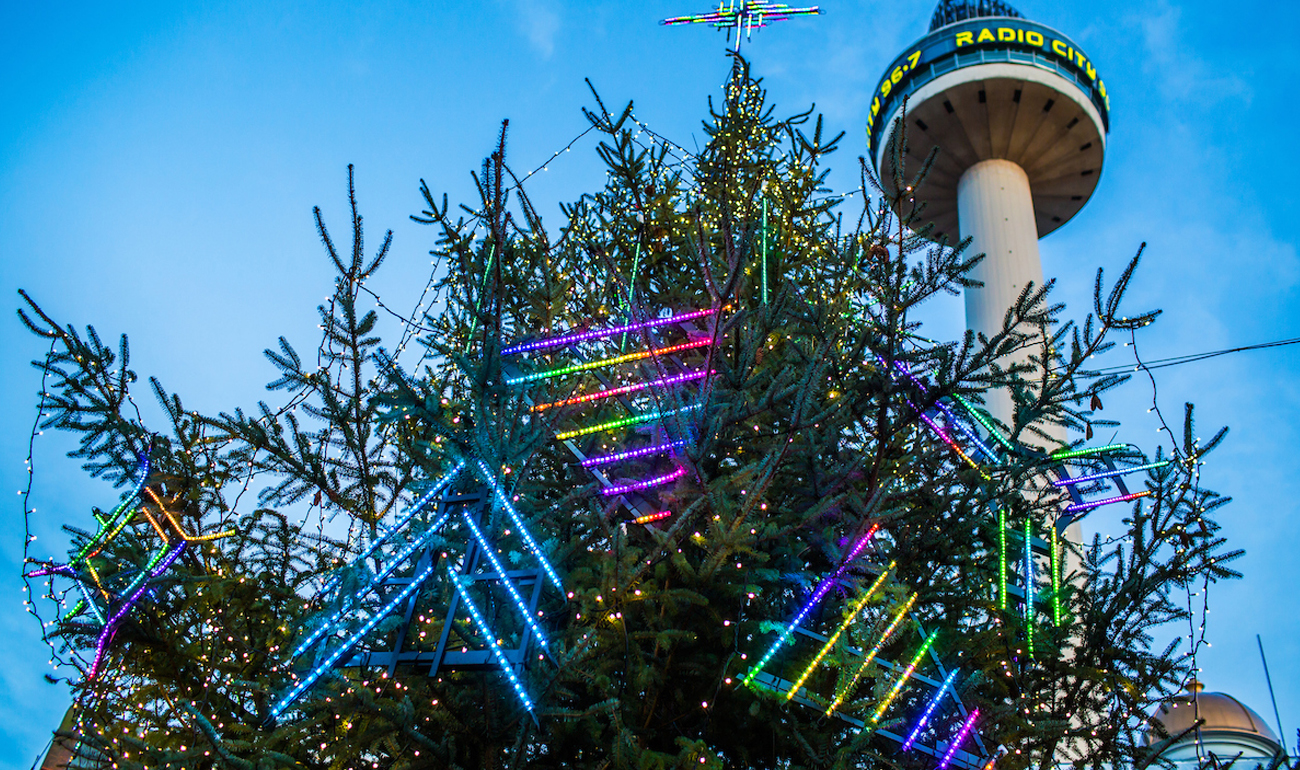 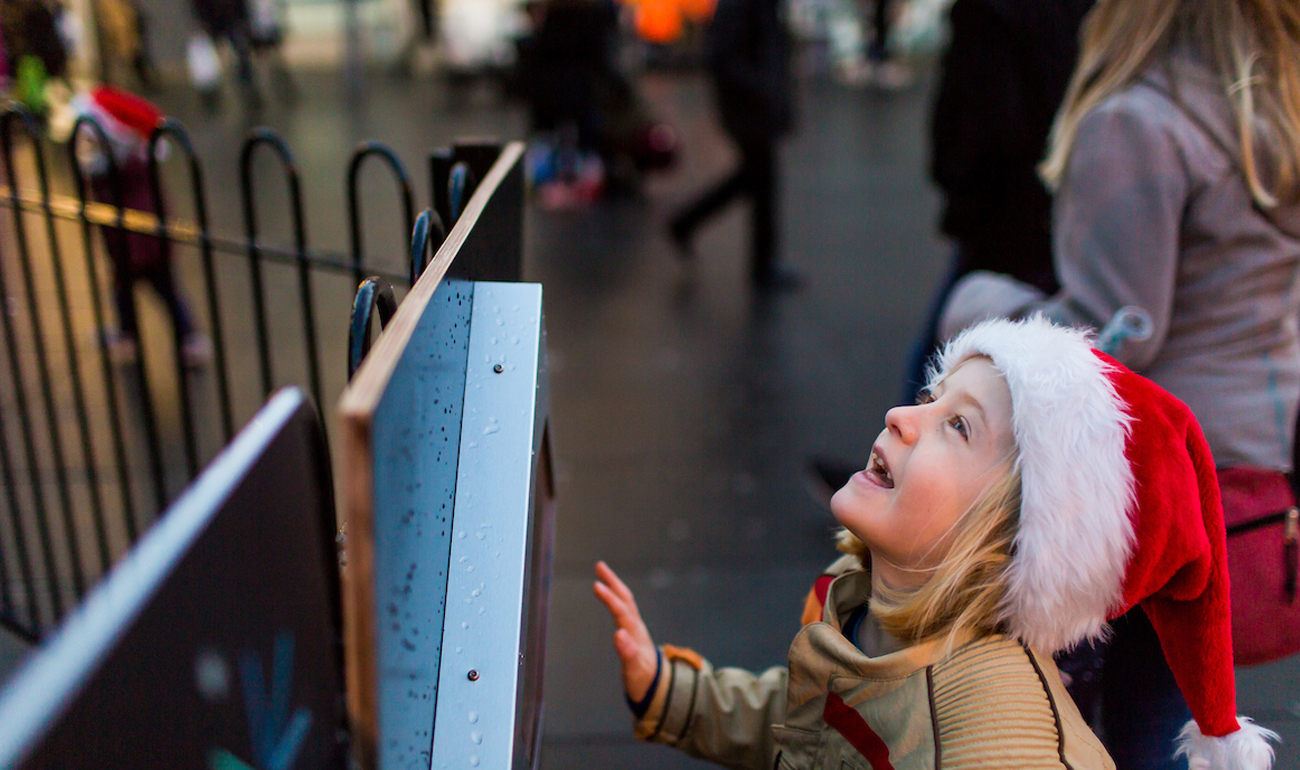 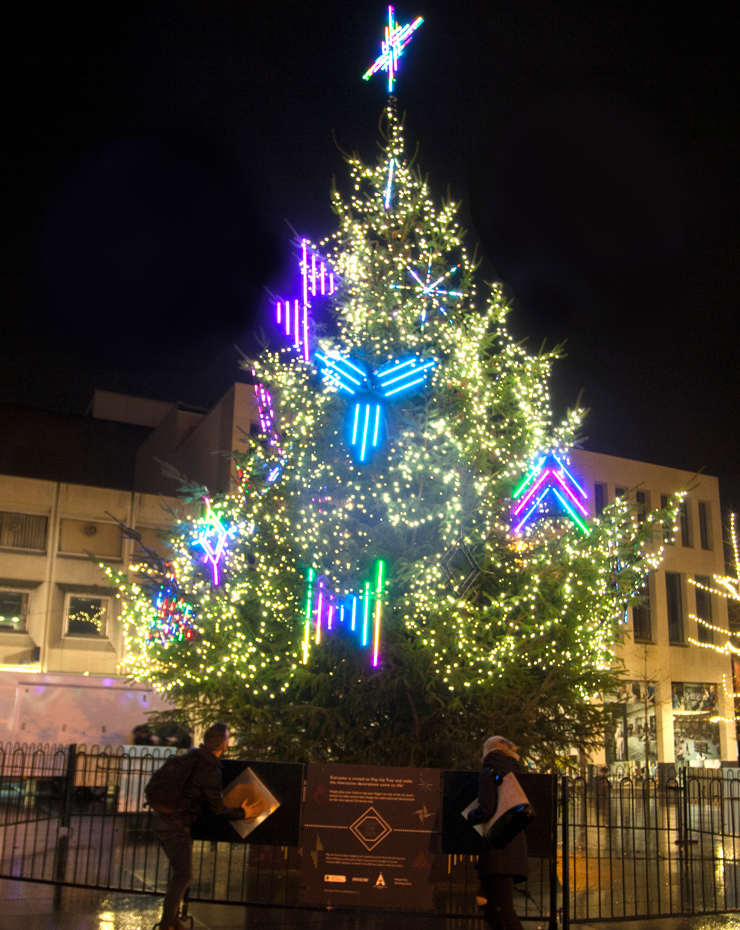