As part of Cunard’s 175th Anniversary celebrations, Transatlantic 175, Design Laser Play was commissioned by Simon Preston to design, fabricate and install a combination of visual elements for the large glass atrium space at the Mann Island festival site, alongside designing and creating some site-specific way finders for the public.

Simon Preston has a reputation for delivering extraordinary food projects and he played a key role in Transatlantic 175. He commissioned Design Laser Play to focus upon the Atlantic Salmon and their epic journey swimming back and forth between the UK and North America to feed and spawn.

With a limited budget and a substantial space to decorate, Design Laser Play’s solution was to utilise the characteristics of the space – the natural light, the glazed walls, and the wide-open floor space. Mixing low-cost durable materials to produce three installations, the largest of the three used transparent materials to create a large shoal of laser cut translucent Atlantic salmon, that could be seen from inside and outside of the space.

For the floor space we used fluted laminated printed cardboard, creating a 3D design that was digitally printed and cut into lightweight sections which when assembled created a large scale, illustrated info graphic with additional fish facts of their migration route. And for more of the internal glazed walls which didn’t benefit from direct sunlight we designed a large fish stack digitally printed on card, creating a cost-effective wall of fish. 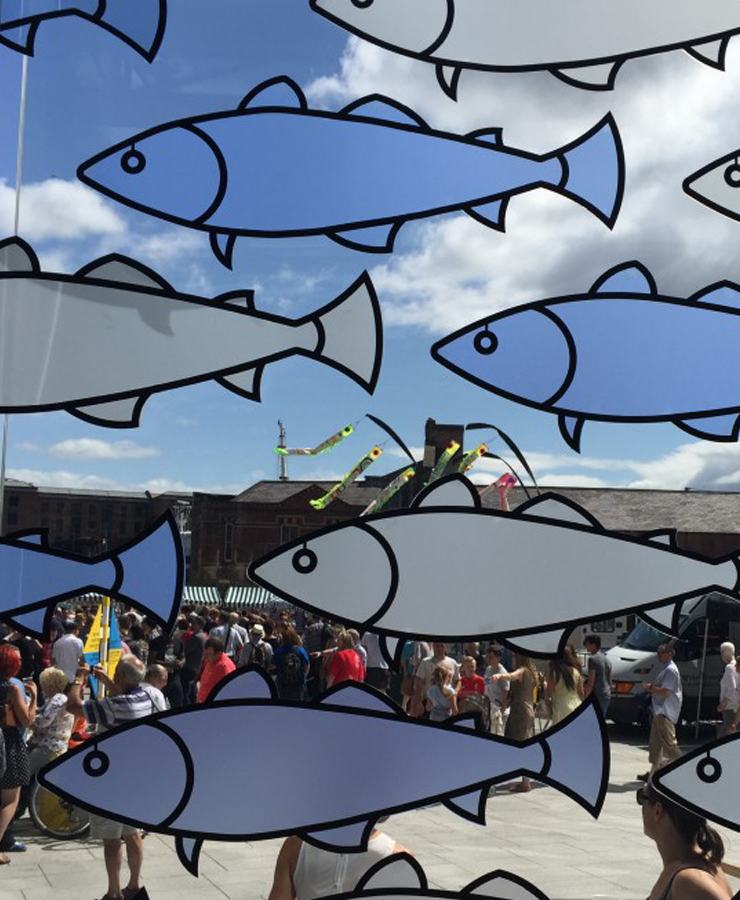 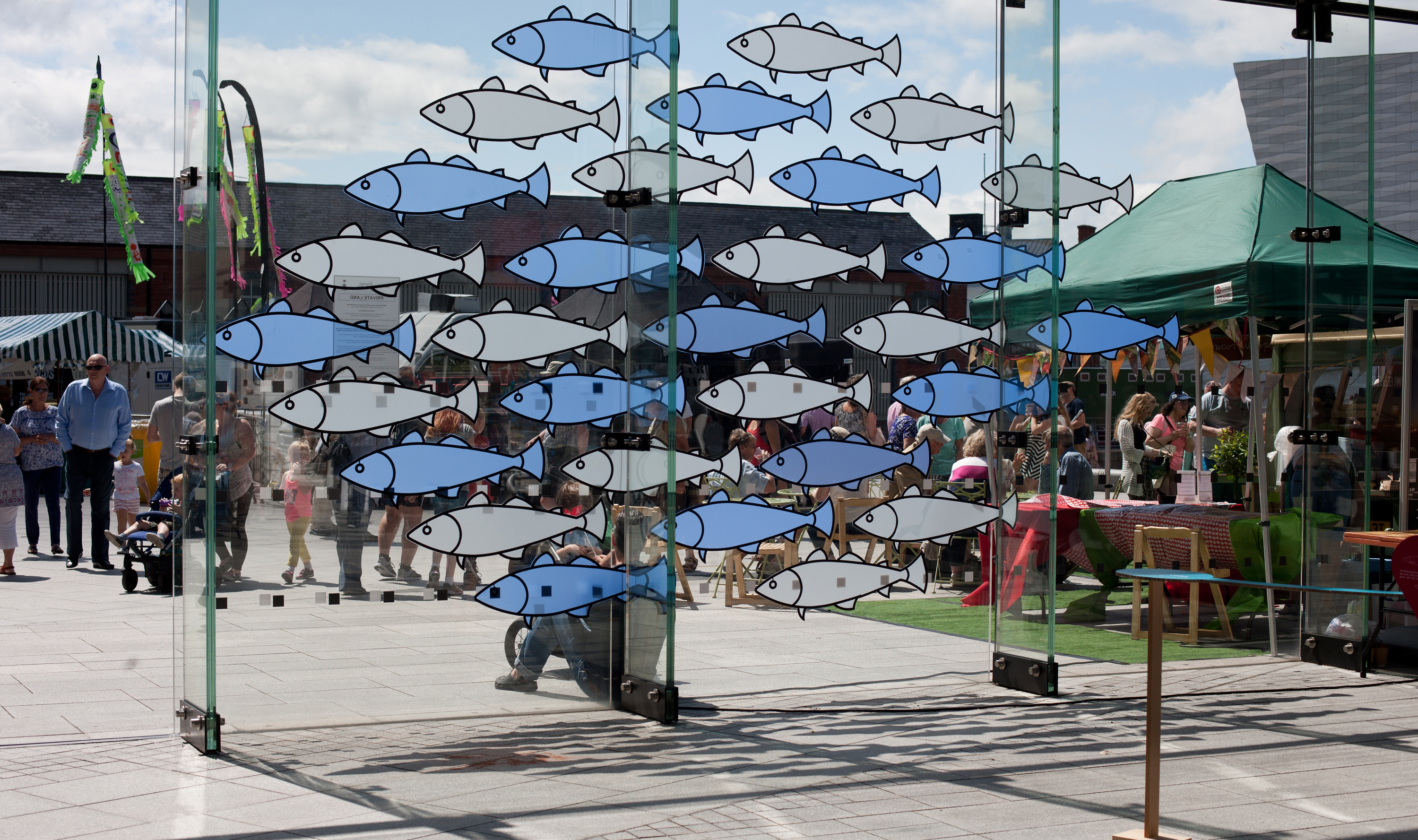 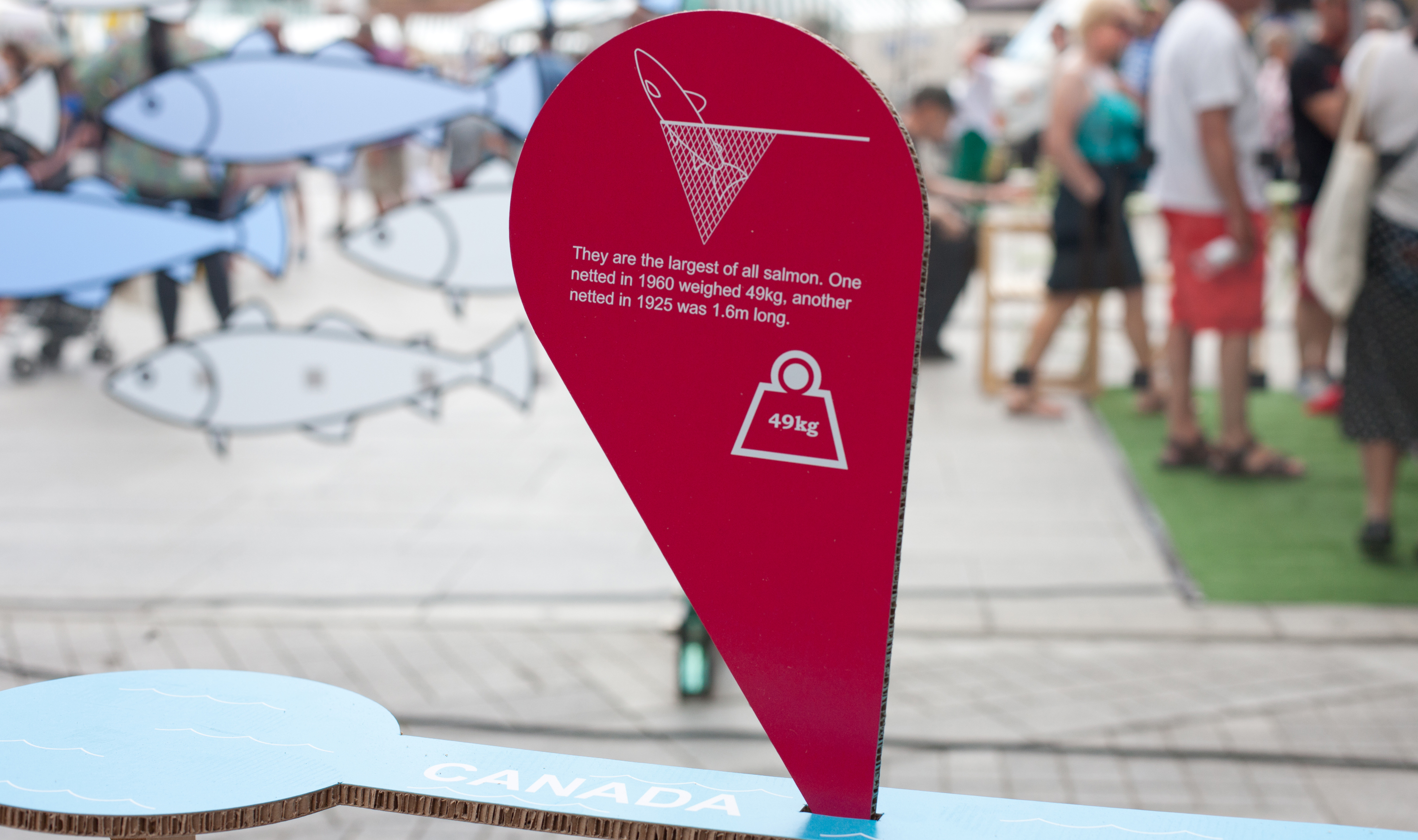 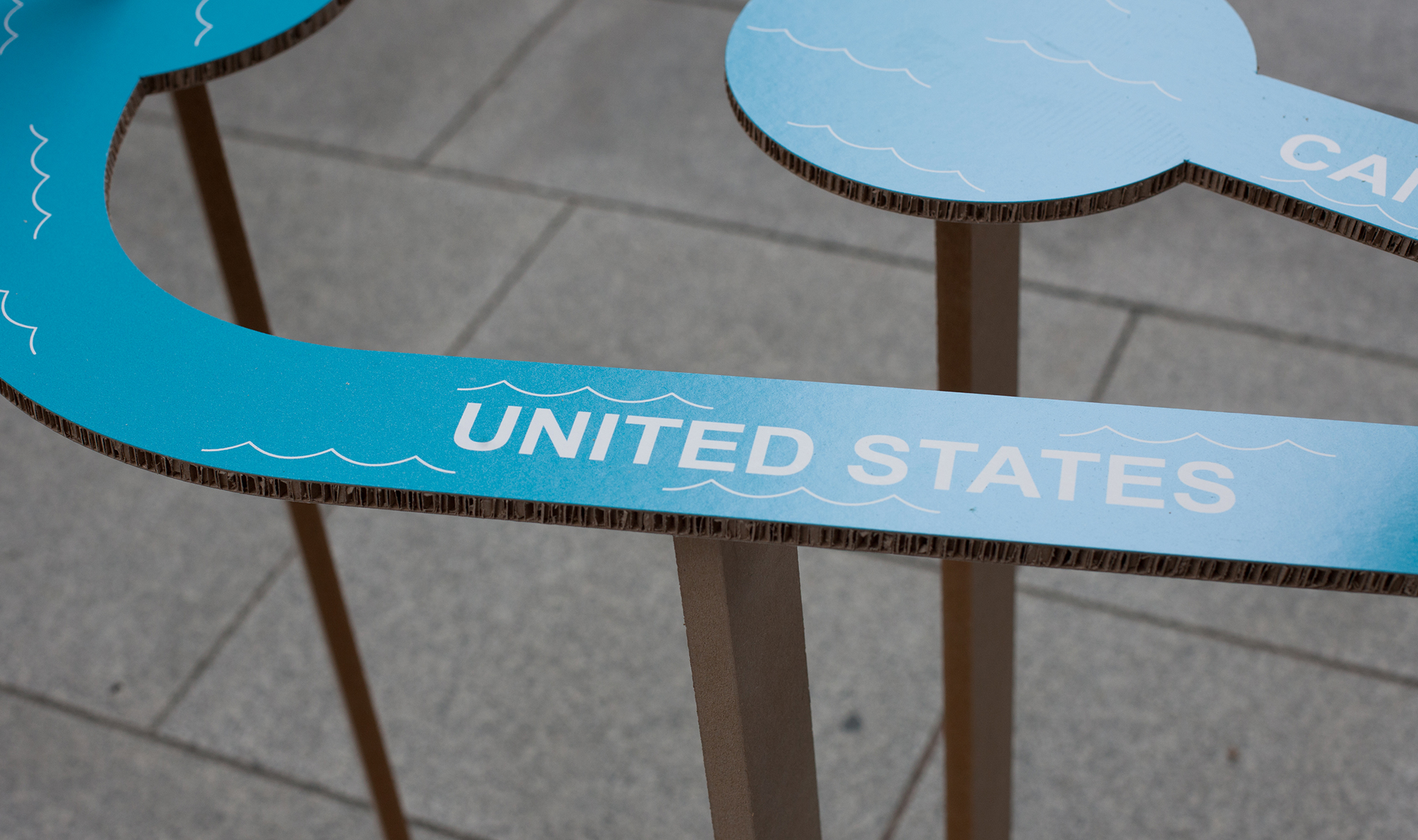 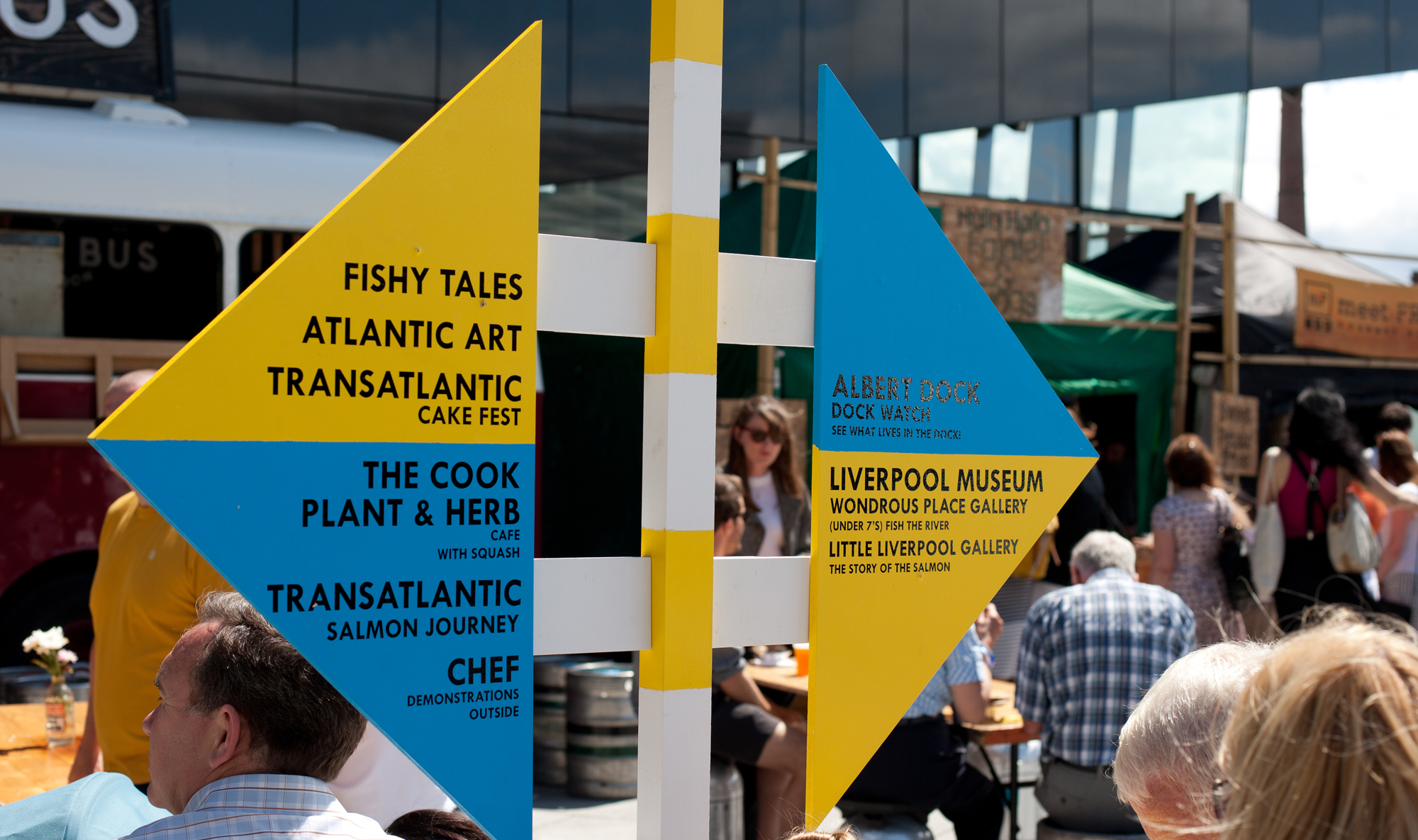 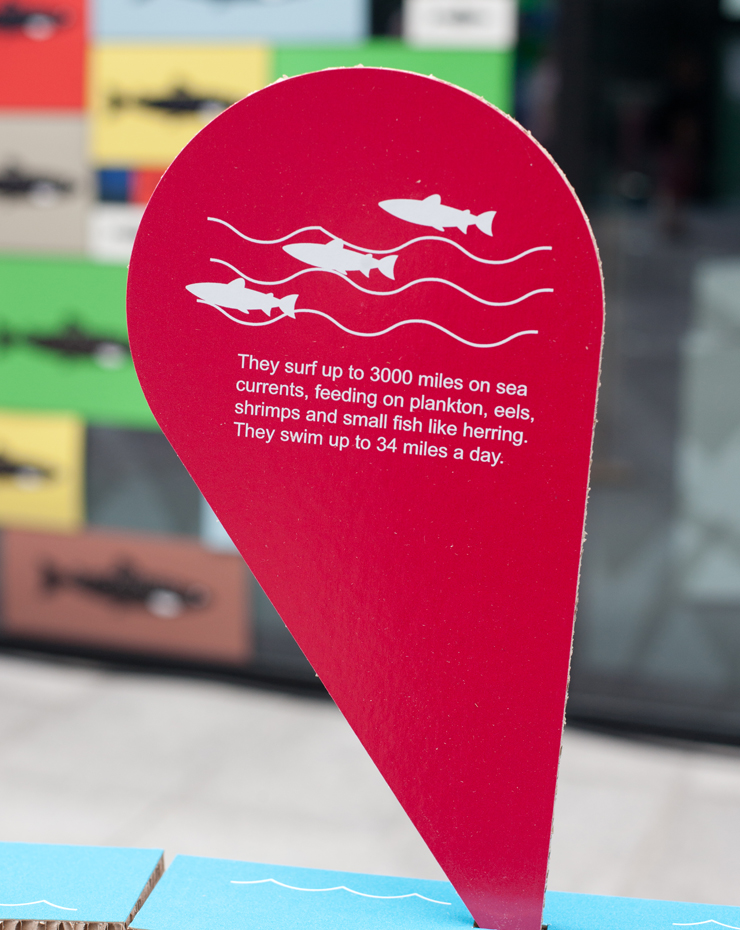 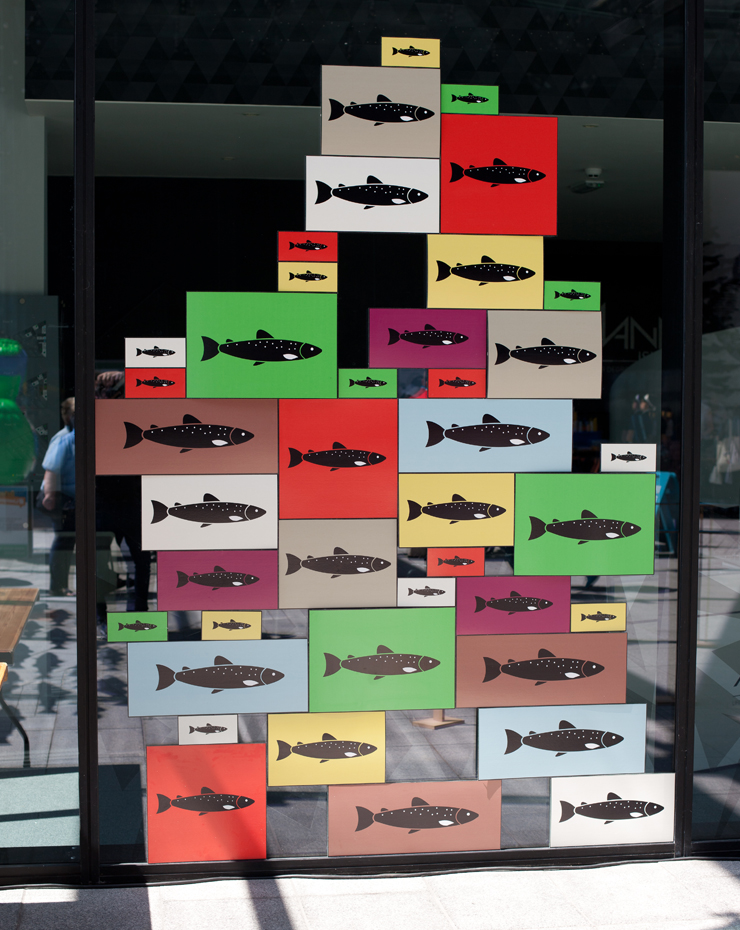